Top 2023 QB recruit John Colvin is a very smooth operator when distributing the football to his play-makers at Mountain Brook HS in Birmingham, Alabama and has excellent footwork when setting up in the pocket. From observing tape on Colvin, he is a very cerebral quarterback who uses his body extremely well when tossing darts deep down the field and has uncanny accuracy for a rising 2023 QB recruit. John is very sleight of hand when carrying out his fakes and is highly adept at throwing on the run, while rolling to either side of the playing field. I love way he is able to avoid pressure by stepping up in the pocket, as seen against the juggernaut HS football team Thompson at around 1:15 into his mid-season highlight's. He also proves to be able to lead his receiving targets open to a spot and his ball travels from point A to point B with stellar overall velocity. When you watch him under duress and some of the touch passes he is able to throw over the top of the defense, you start to see what could be the most talented 2023 QB recruit coming out of the southeast.

Joey Conflitti is a tough competitor on the football field and shows outstanding overall potential as a top 2023 quarterback recruit at Scout Trout Elite & College Football Today. Joey has come out guns a blazing in his Sophomore year campaign and has helped lead Whitehouse to a 7-0 record to start the 2020 Texas HS football season.  Conflitti can be seen in his game week two highlight's setting up quickly in the pocket and delivering dimes while under immense pressure. While operating out of a spread college style offense, Joey can be witnessed making reads quickly and pulling the football to deliver darts to his receiving targets. His arm strength has improved drastically since his Freshmen season and his high football IQ, along with his intense off-season training is paying off in huge dividends thus far in 2020. I really value his quick synaptic decision making and has moved our 2023 QB recruit rankings at College Football Today & ESPN+!
Follow Top 2023 QB recruit Joey Conflitti on Twitter by clicking HERE!

Top 2023 QB recruit Dante Moore lacks nothing as far as being an elite ball distributor from the pocket and the last time I checked, has accumulated 14 division one offers.

Top 2023 QB recruit Jamari Johnson has developed a rapid quick release and is able to drop dimes deep down the field, while demonstrating the ability to throw his receiving target open to a pinpoint position on the gridiron of New York HS football. Operating out of a college spread style offense, Johnson is able to deliver one of the best deep balls we have seen in the Class of 2023 at College Football Today. He proves to have outstanding arm strength and the ability to drop the back shoulder throw precisely in his 2019 highlight's. Johnson is able to deliver the football using an excellent arm angle while rolling to both sides of the pocket and will rank among the elite quarterbacks in the Class of 2023 in the world of College Football Today. The overall potential that this young man possesses is off the charts and we look forward to covering the next big time QB to come out of the northeast region of the United States of America. Click image below to see how he compares to former NFL Pro Bowl QB Byron Leftwich!
40 yard dash - 4.7
Follow Top 2023 QB recruit Jamari Johnson on Twitter!
CFB programs showing interest - Buffalo Bulls

Top 2023 QB recruit Jackson Brousseau was able to lead the Lehi Varsity football team to a 10-4 record, as a true Freshmen gunslinger from the State of Utah. Brousseau fits the Pro-Style QB prototype and can make all of the big time throws needed to excel at the next level. Jackson is able to fit the football into spots where only his receiver can make a play, while having tremendous touch when dropping dimes over the top of the defense. He also exhibits extremely good overall throwing mechanics, as he gets ball out quickly and with excellent velocity on the football. I love the way he stands tall in the pocket while under duress and how he zips the football to the Pioneers play-makers, as he absorbs heavy blows in the pocket. He has uncanny accuracy for a 2023 QB recruit and the toughness to lead the Pioneers to a State Championship in the next three years. Jackson also has 4.7,40 speed and obvious dual-threat capabilities, which will make him one of the most sought after 2023 QB recruits in the 2023 recruiting class.
40 yard dash - 4.7
Bench press - 185 X 5
​Follow Top 2023 QB recruit Jackson Brousseau on Twitter!

Top 2023 QB recruit Parker Leise is one of the best rising 2023 quarterback recruits coming out of the Midwest and exhibits a stellar overall throwing motion, while rolling out to either side of the field or when hurling darts from the pocket. Leise orchestrates the read-option attack masterfully as he is able to read the opposing teams defensive tackle and pull the football quickly, while bursting through the B gap for valuable yardage. Parker demonstrates outstanding ball placement on his long ball and is able to put his receiving target in prime position to catch the football at it's highest point. He works well under center or in the shotgun and has very little to no wasted motion in his release, when distributing the football to his play-makers in the short passing game. I love the way he is able to lead his receiver open to a spot and how well he can knife the ball into tight passing windows of the defense.
40 yard dash - 4.9
5-10-5 shuttle - 4.3
Broad jump - 103"
Vertical leap - 31"
Follow Top 2023 QB recruit Parker Leise on Twitter!

Top 2023 QB recruit Aliam Appler works extremely well in and out of the pocket, as he is able to deliver darts to his receiving targets while rolling to both sides of the field. Appler has an innate ability to drop his deep ball over the top of the defense  with outstanding touch and precision, as his receivers are rarely seen breaking stride. Aliam also exhibits outstanding pocket presence in his 2019 highlight's, as he is able to evade pressure time and time again, while being able to to square his shoulders to deliver strikes on the move. His throws are extremely easy for receivers to haul in, as the ball is seen caught time and time again at the receiving targets eye level. Throwing under immense pressure throughout his 2019 game tape, Appler proved to be able to throw from multiple arm angles and was able to create big plays for his offense.
College programs interested - Ohio State, Clemson , Notre Dame, Louisville, UNC, South Carolina & Old Dominion
Follow Top 2023 QB recruit Aliam Appler on Twitter!

Top 2023 QB recruit Drew Viotto has already earned three division one offers from Syracuse, Central Michigan and Bowling Green, as he possesses all of the tools athletically, technically and has the work ethic to be the next Tom Brady in the world of College Football Today. Top 2023 QB recruit Drew Viotto has a cannon for an arm and exhibits excellent mechanics for a 2023 QB recruit. Drew is able to unleash a 40 yard bullet downfield in the face of pressure in his freshmen season highlight's and delivers the ball with outstanding velocity. Viotto also demonstrates great footwork in the pocket, along with a very quick release and also proves to be able to go over the top of the defense with the long ball. He is very good at throwing on the run and shows the ability to make touch passes over the top of the defense in his 2023 highlight's.
Interest from - Purdue, Michigan, Missouri State, Western Michigan, Eastern Michigan, Brown & Yale
Follow Top 2023 QB recruit Drew Viotto on Twitter!
2,234 yards passing & 22 TD's (Team Captain 2019)

After speaking with many of my informants in uptown New Orleans at the University of Tulane, I got the inside scoop on Arch Manning and how many offers he has accumulated thus far. Out of respect for the Manning family, I am not going to release whose offered now, but when these numbers come out in the future, Arch Manning will be the first recruit awarded five stars in the Class of 2023. I also found out that the Manning family simply doesn't care about rankings or stars, rather, they care about building Arch into the best possible quarterback he can be and winning National Championships & Super Bowls in the future. This obviously could certainly come to fruition, as Arch continues to be molded by some of the best quarterbacks and athletes to ever play in the National Football League. Watch Arch Manning sling it on his Hudl account by clicking HERE and check him out on the Overtime YouTube channel below.

Top 2023 QB recruit Brady Dever is a very cerebral gunslinger out of Ft.Bend Christian Academy, who can deliver accurate strikes downfield and has great velocity on his throws for a rising 2023 quarterback recruit. Dever operates masterfully in a catch and release spread attack in his 2019 highlight's, as he is an expert at delivering darts to his receiving targets in stride. He has very good footwork in the pocket and reminded me of a another Texas QB back in the day in Arizona Cardinals Head Coach Kliff Kingsbury.
Follow Top 2023 QB recruit Brady Dever by clicking HERE!
After Dever's record breaking performance against Cypress Christian, he now has thrown for 1,744 yards and 19 touchdowns, while only throwing 2 interceptions on the 2020 Texas HS football season. Brady is now 123 for 198 on the season passing and has a 62% completion percentage through 8 games.

Top 2023 QB recruits features the top rising sophomore quarterback recruits and now features our new 2023 top dual-threat quarterback recruit rankings page! Top 2023 QB recruit rankings for pocket passers can be found on College Football Today RokFin!
Updated November 13th, 2020 at 10:42pm CST
​
List has been updated via Rokfin with new STEP ratings based off of Sophomore year game film. Next re-rank will take place at the conclusion of the fall season and we will re-rank again for the 2023 QB's playing in the spring.

All 71 2023 top QB recruits at College Football Today have the potential to be elite college quarterbacks and leaders of the locker room for their football programs. We did some extensive research on statistics from this class and were highly impressed with the numbers Arch Manning put up in his freshmen campaign. Arch appeared far beyond his years as a rising 2023 QB recruit and he is arguably the most athletic Manning in their legendary football family. Arch Manning aired the pigskin out for 2,438 yards and tossed 34 touchdown passes, while only throwing 6 interceptions on the season. His number 1 overall 2023 QB recruit ranking had very little to do with his last name, but it is obvious he is receiving Hall of Fame QB coaching from his close family members. Watch Arch Manning sling it on his Hudl account by clicking HERE and check him out on the Overtime Youtube channel below. Arch will be competing for three years with the 26 QB's in our list above and new 2023 QB recruits, as they emerge the next 3 years in the world of College Football Today. Arch currently has 0 offers, as formerly reported by SI.com, as the Manning camp is not accepting offers this early in the recruitment process. 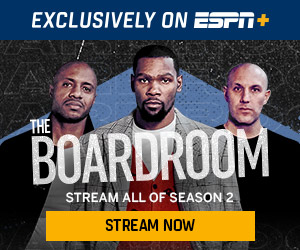 2023 top quarterback recruits at College Football Today features Dante Moore moving into the number one slot, as he was able to throw for 2,731 yards & 33 touchdowns his freshmen season at Martin Luther King. Dante's completion percentage on 227 pass attempts was an astounding 67%, as 152 of those dimes found his receiving targets. Moore led Martin Luther King to an 11-3 record and was able to accumulate 8 D1 offers in the process from Michigan, West Virginia, Purdue, Kentucky, Indiana, Illinois, Florida Atlantic and Morgan State. Check out Top 2023 QB recruit Dante Moore's highlight's below and visit his Hudl account by clicking HERE! Follow Dante Moore on Twitter @dantemoore05!